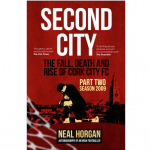 “The most entertaining and insightful account of the life of a League of Ireland footballer that you will ever read”
Daniel McDonnell, The Irish Independent

“An essential antidote to the caricature of the pampered professional footballer, this remarkably candid player’s account of a season in hell for Cork City also succeeds as a love letter to the enduring power of dressing room solidarity – not to mention the benefits of gallows humour – in the face of almost daily adversity”
Liam Mackey, The Irish Examiner

“Horgan captures one of the most turbulent seasons endured by an Irish football club with an account that will have you bubbling with anger and laughing on the same page. Some of the off the field tricks pulled on the players – from a lack of payment to the infamous story of the bus driver that refused to travel to an away game – will leave you startled but the obvious camaraderie within the team during such difficult times is vividly brought life. This book is not just a must read for League of Ireland supporters but an account that any football fan should read”

“Once again Horgan succeeds in bringing us inside the dressing room, the team bus and the mind of a League of Ireland player in a way I don’t think anybody else has. Second City is a thoughtful, astute and brutally honest account of life at one the country’s biggest and best football clubs during what were particularly challenging times for it and an already troubled league. It is a wonderful account of the often bizarre world Horgan and his team mates inhabited, one told with affection and, sometimes, justifiable anger. I laughed a lot only for it dawn on me more than once that I should have been crying but I have a better understanding now of the league I’ve been covering for 25 years and the people who play in it than I had before picking this up. Anyone, regardless of their club loyalties, who wants to know what is really going on in the game they love should read it too. That they’ll enjoy the read immensely might be considered a bonus”
Emmet Malone, The Irish Times 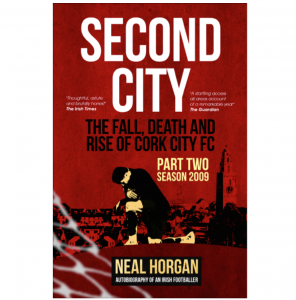 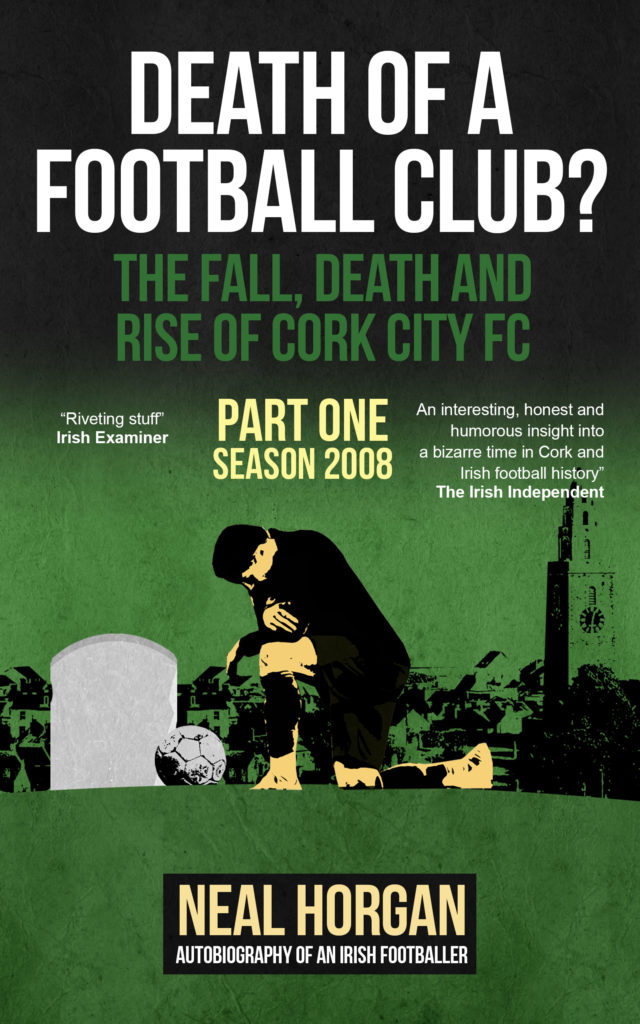 ‘Death of a Football Club?’

“A fascinating and unique insight into the behind-the-scenes action as the club fights for survival…An excellent read and a must-have for all fans of football.”
www.thescore.ie

‘This gripping insider’s account of how a club which could go toe to toe with Bayern Munich on the pitch was brought to its knees by forces entirely beyond the players’ control, is essential reading for anyone who cares about football in Ireland.’
Liam Mackey ‘Irish Examiner’

This website uses cookies to improve your experience while you navigate through the website. Out of these, the cookies that are categorized as necessary are stored on your browser as they are essential for the working of basic functionalities of the website. We also use third-party cookies that help us analyze and understand how you use this website. These cookies will be stored in your browser only with your consent. You also have the option to opt-out of these cookies. But opting out of some of these cookies may affect your browsing experience.
Necessary Always Enabled

Any cookies that may not be particularly necessary for the website to function and is used specifically to collect user personal data via analytics, ads, other embedded contents are termed as non-necessary cookies. It is mandatory to procure user consent prior to running these cookies on your website.